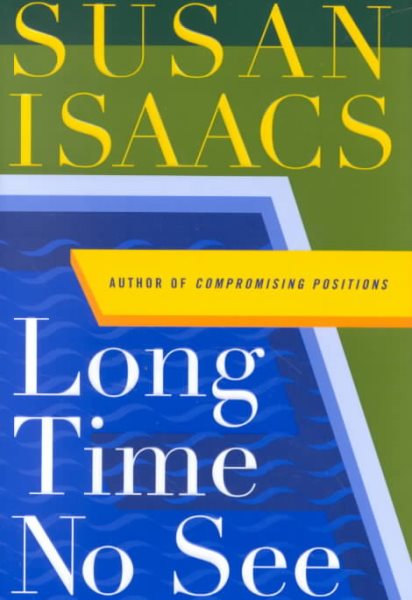 Recently widowed, Judith Singer cannot get her former lover, Nelson Sharpe of the Nassau County Police Department, out of her mind, as she investigates the disappearance of Courtney Logan, the wife of a man with ties to the Long Island mob. Read More
She's back! After more than two decades, Judith Singer, the heroine of Compromising Positions, returns in a rollicking new novel sure to delight Susan Isaacs's millions of readers Some twenty years after COMPROMISING POSITIONS, Judith Singer again gets involved in murder and mayhem when, on an "…unseasonably warm Halloween night, fair-haired and dimpled Courtney Logan, age thirty-four, magna cum laude graduate of Princeton, erstwhile investment banker at Patton Giddings, wife of darkly handsome Greg, mother of five-year-old Travis, canner of spiced pears, collector of vintage petit point, and ex-president of Citizens for a More Beautiful Shorehaven vanished from Long Island into thin air."Judith's life has changed. She now has her doctorate in history. Half her "working hours are spent at the Shorehaven Public Library as head of its oral history project. (The other half are spent at St. Elizabeth's College, mostly squandered in history department shriek-fests. I am an adjunct professor at this alleged institution of higher learning, a formerly all-female, formerly nun-run, formerly first-rate school across the county border in the New York City borough of Queens. )" She is also a widow. Her husband Bob, "the king of crudités, flat of belly and firm of thigh, a man given to barely suppressed sighs of disappointment whenever he saw me accepting a dessert menu from a waiter (which, okay, I admit I never declined), died at age fifty-five, one half-day after triumphantly finishing the New York City Marathon in four hours and twelve minutes." And although twenty years have passed without seeing him, she still cannot get her former lover, Nelson Sharpe of the Nassau County Police Department, out of her system.Naturally, all eyes turn toward Courtney's husband, Greg Logan, son of Long Island mobster Philip "Fat Phil" Lowenstein. But since there is no body, there is no arrest. Then in the not-so-merry month of May, Judith comes home from work, turns on the radio, and hears Mack Dooley, the Logan's pool man telling WCBS radio: "Like, this morning, about eleven, I'm taking off the Logan's pool cover with this kid who works for me-you know, pump it out, acid-wash it, get it ready, and-" The reporter did attempt a question, but Dooley kept going. "So listen. The cover's fine, tied down real tight like I left it in the middle of September when I closed them up. The kid and I are kind of rolling it back and I see something. I say, Holy-You know how big raccoons can get? Except for the life of me I can't figure out how even a raccoon could work its way under that cover. Well, that second I see you know, it's a body! Jeez. Believe it or not, I'm still shaking. " Now it's officially homicide. And Judith comes alive!She offers her services to the police chief 's suspect, Greg Logan, but he shows her the door, thinking her just another neighborhood nut. However, one night, as she's unpacking groceries, she gets a surprise visit from Fat Phil… Read Less

Goodreads reviews for Long Time No See: A Novel

Social Development in Young Children: A Study of Beginnings

Past Perfect: A Novel