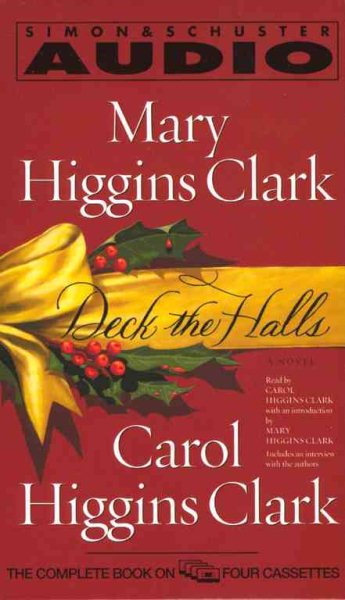 When Regan Reilly's father is kidnapped three days before Christmas, she investigates the disappearance with the help of her parents' neighbors, Willy and Alvirah Meehan. Read More
Mary Higgins Clark, America's Queen of Suspense, and her daughter bestselling author Carol Higgins Clark, have joined forces for the first time to create a brilliant and exciting story of high-stakes intrique and detection with a kidnapping layed out against a holiday setting. Three days before Christmas, Regan Reilly, the dynamic young sleuth featured in the novels of Carol Higgins Clark, meets Alvirah Meehan, the famous lottery winner and amateur detective who has appeared in several books by Mary Higgins Clark, at a New Jersey dentist's office. Alvirah is to accompany her husband home after a particularly grueling session, while Regan is there in hopes of connecting with her busy father, who is scheduled for a routine visit. Once it becomes apparent that Luke Reilly is not going to keep his appointment. Alvirah offers the deeply troubled Regan a lift home. When a call comes through on Regan's cell phone telling her that her father and his driver, Rosita Gonzalez, are being held for $1,000,000 ransom, Alvirah insists that Regan allow her to lend a hand in trying to gain their release because Alvirah has many valuable contacts in New York's law enforcement community. Jack Reilly, head of the NYPD Major Case Squad, is called back from his Christmas holiday to lead the investigation, after the laughably inept pair of kidnappers make known their demands. Deck the Halls is a heartwarming story filled with twists and turns, intrique and danger, as well as a hearty dose of holiday cheer. Read Less

Goodreads reviews for Deck The Halls