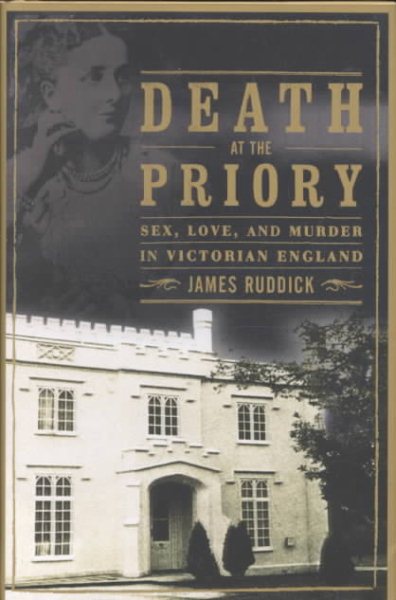 Details the unsolved murder of attorney Charles Bravo, a cruel man who tormented his wife Florence, in a mystery that paints a portrait of Victorian culture and one woman's fight to exist in this repressive society. Read More
In 1875, the beautiful widow Florence Ricardo married the handsome and successful young attorney Charles Bravo, hoping to escape the scandals of her past. As they settled into the Priory, her posh mansion outside London, the couple seemed to be living a charmed life. But Bravo proved to be a brutal and conniving man, and the marriage was far from happy. He abused his wife and antagonized her servants, ultimately dismissing her housekeeper and longtime companion, Mrs. Cox, despite her years of service. Then one night while preparing for bed, Charles Bravo suddenly collapsed. Though the greatest English physicians of the era were summoned to his side, they could do nothing, and three days later he died an agonizing death. The doctors were unanimous in their diagnosis: Charles Bravo had been poisoned. The graphic and sensational details of the case would capture the public imagination of Victorian England. The investigation dominated the press for weeks, and the list of suspects grew to include Florence; her secret lover, the eminent doctor James Gully; Mrs. Cox; and the recently dismissed stable man, George Griffiths. But ultimately no murderer could be determined, and despite the efforts of numerous historians, criminologists, and other writers since (including Agatha Christie), the case has never been definitively solved. Until now. Read Less

Goodreads reviews for Death at the Priory: Sex, Love, and Murder in Victorian England

Death at the Priory

Finding the Love Of Your Life