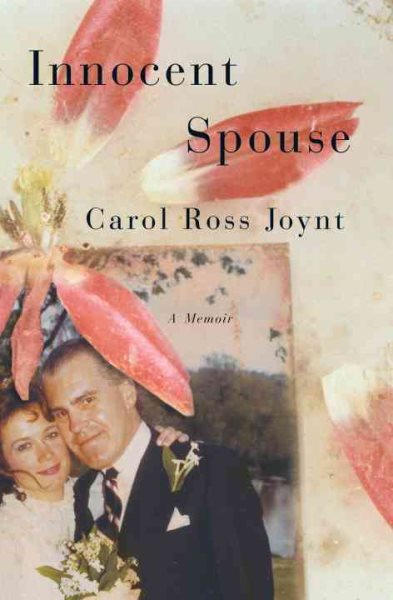 Traces how the author learned after her husband's sudden death that he owed millions of dollars in taxes to the IRS and that she was going to be held liable or even imprisoned, and recounts her long journey toward recovery and independence. Read More
What would you do if, just weeks after your spouse's sudden death, you found out he was keeping secrets? Big secrets. Secrets that could cost you millions of dollars—and brand you as a criminal. Innocent Spouse is an eye-opening memoir that asks a provocative and disturbing question: Is it possible to really know and trust someone, even your spouse? Carol Ross Joynt was a successful television producer in Washington, D.C. Her husband, Howard, owned Nathans, a legendary restaurant in Georgetown. From an outsider’s perspective, Carol and Howard lived a fairy-tale life—spending weekends at their Chesapeake Bay estate, rubbing shoulders with New York’s and Washington’s elite, and raising their beloved son, Spencer. But everything changed with Howard’s sudden death when Spencer was only five years old. Like any widow, Carol was devastated because she lost the love of her life and her son’s father. But soon Carol had much more to cope with than her grief and new life as a single parent. As she was forced to take over her family’s legal and financial responsibilities, as well as run Howard’s restaurant on her own, Carol discovered that her husband had secrets, and one of them, an almost $3 million debt to the IRS, threatened to derail her entire life. And even though Carol didn’t know anything about the tax fraud—finances had always been Howard's department—no one cared. As his surviving spouse, legally, Carol was responsible. As Carol picks up the pieces of her fractured life and copes with her sadness and anger, she learns to become something she’d never been before: self-sufficient. Poignant, eye-opening, and at times heartbreaking, Innocent Spouse is ultimately an inspiring story of strength and newfound independence in the face of loss and betrayal. Read Less