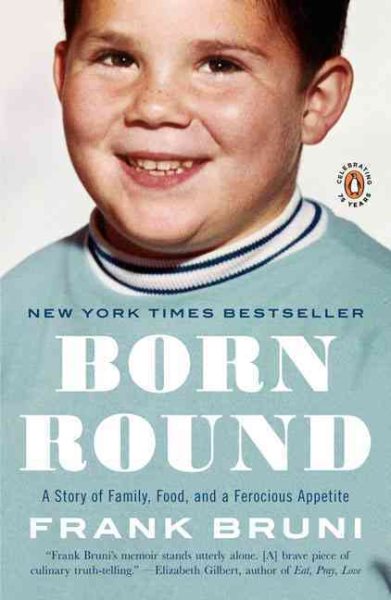 A memoir from the "New York Times" restaurant critic traces his unlikely path to his profession and offers an honest exploration of his lifelong struggle with food. Read More
The New York Times restaurant critic's heartbreaking and hilarious account of how he learned to love food just enough Frank Bruni was born round. Round as in stout, chubby, and always hungry. His relationship with eating was difficult and his struggle with it began early. When named the restaurant critic for The New York Times in 2004, he knew he would be performing one of the most watched tasks in the epicurean universe. And with food his friend and enemy both, his jitters focused primarily on whether he'd finally made some sense of that relationship. A captivating story of his unpredictable journalistic odyssey as well as his lifelong love-hate affair with food, Born Round will speak to everyone who's ever had to rein in an appetite to avoid letting out a waistband. Read Less

Goodreads reviews for Born Round: A Story of Family, Food and a Ferocious Appetite

Ambling Into History: The Unlikely Odyssey of George W. Bush