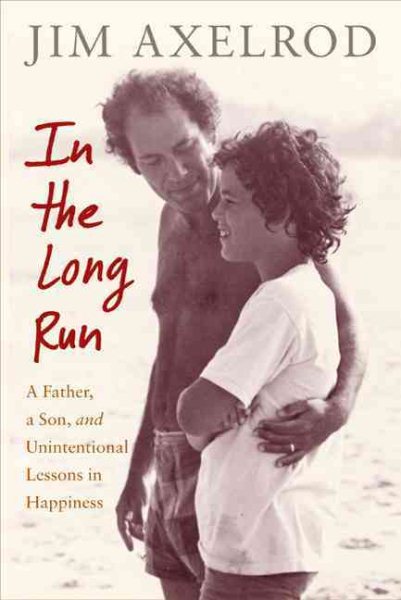 A former chief White House correspondent reveals how during a crossroads in his personal and professional life he learned about his late father's marathon achievements and resolved to run the 2009 New York Marathon himself. Read More
It’s 2008. Jim Axelrod—once among the most watched correspondents on network news and the first television reporter to broadcast from Saddam International Airport in 2003—is covering the final stages of the race for the Democratic presidential nomination. He’s forty-five years old and thirty pounds overweight. He’s drinking too much, sleeping too little, and scarcely seeing his family. He’s just figured out that the industry that pulled him up the corporate ladder is imploding as he’s reaching for its final rungs. Then, out of the blue, Jim discovers his late father’s decades-old New York Marathon finish times. At forty-six, Bob Axelrod ran a 3:29:58. With everything else going on in his life, Jim sets himself a defining challenge: “Can I beat him?” So begins a deeply felt, often hilarious, quixotic effort to run the 2009 New York Marathon. Along the way, Jim confronts his listing marriage, a career upset by the seismic changes going on throughout the television news industry, excruciatingly painful shin splints, and the worst-timed kidney stone possible. Looming over it all is the shadow of a loving father, who repeatedly lost his way in life but still has a lesson to impart. This is a book about a dead father’s challenge to a son at a crossroads, but, more than that, it is about the personal costs paid when ambition and talent are not enough to ensure success. Most fundamentally, though, it is a book about learning what it takes to be happy in your own skin. Read Less

Goodreads reviews for In the Long Run: A Father, a Son, and Unintentional Lessons in Happiness

In the Land of Believers: An Outsider's Extraordinary Journe...