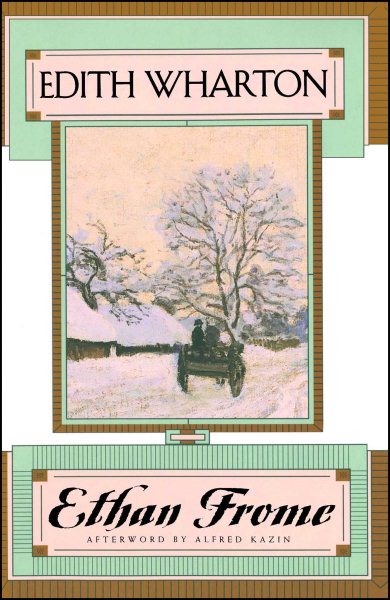 A New England farmer must choose between his duty to care for his invalid wife and his love for her cousin Read More
First published in 1911, Ethan Frome is widely regarded as Edith Wharton's most revealing novel and her finest achievement in fiction. Set in the bleak, barren winter landscape of New England, it is the tragic tale of a simple man, bound to the demands of his farm and his tyrannical, sickly wife, Zeena, and driven by his star-crossed love for Zeena's young cousin, Mattie Silver. "In its spare, chilling creation of rural isolation, hardscrabble poverty and wintry landscape," writes Alfred Kazin in his afterword, "Ethan Frome overwhelms the reader as a drama of irresistible necessity." An exemplary work of literary realism in setting and character, Ethan Frome stands as one of the great classics of twentieth-century American literature. Read Less