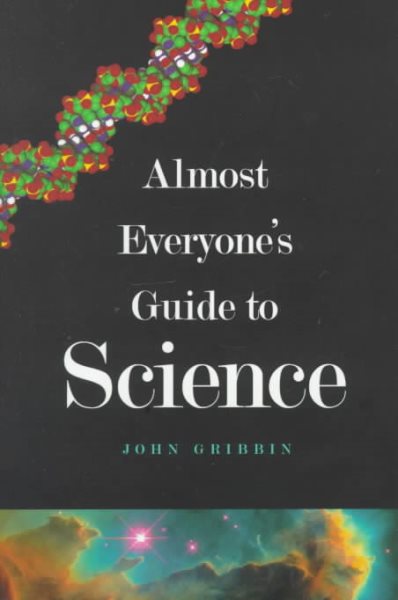 Discusses the major issues in science, including the structure of particles within the atom, origins of species, and the birth of the universe Read More
This fascinating book is a guide for the perplexed?those who are interested in science but are scared off by the technical detail. John Gribbin, an award-winning writer, now stands back from the details and offers us a broad picture of scientific achievement at the end of the twentieth century. He describes the structure of particles within the atom, the origins of our own species, the birth of the universe, and much more, presenting science as a way of thinking about things, an honest view of the world in which no idea is accepted unless it is confirmed by experiment rather than wishful thinking.Modern scientific inquiry has developed over the past 400 years, turning away from the belief that the world is governed by magic and the supernatural and emerging instead as a coherent worldview in which everything fits together. This worldview, says Gribbin, is the greatest achievement of the human intellect. With eloquence and clarity he relates what scientists have learned about the nature of things, conveying the excitement of their discoveries as they investigate our place in the universe. Read Less

Goodreads reviews for Almost Everyone's Guide to Science: The Universe, Life and Everything