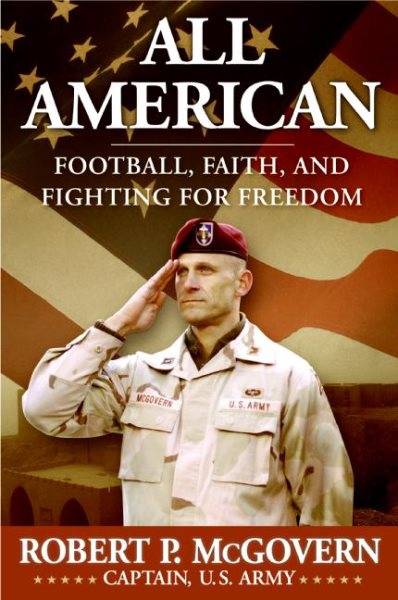 An NFL linebacker-turned-military prosecutor presents an insider's look at the Iraq War, sharing his decision to join the military, his relationships with soldiers and citizens he has befriended, and his arguments in support of the conflict. Read More
Captain Robert McGovern epitomizes all that is right and good in America. One of nine children growing up in a New Jersey family, he made local headlines as a high school football phenom before becoming a star linebacker for the Kansas City Chiefs, the Pittsburgh Steelers, and the New England Patriots. When his illustrious NFL career was over, he earned a law degree from Fordham University and went to work for the New York City district attorney's office. From that vantage point he witnessed close-up the fall of the Twin Towers on that world-altering morning in September 2001—an event that inspired him to leave public life and join the U.S. Army to better serve the country he loves.As a military prosecuting attorney, Captain McGovern has advised battlefield commanders on legal rules of engagement in Afghanistan and has prosecuted suspected terrorists in Iraq. A dedicated soldier and a man of faith who has been on the front lines of the War on Terror—both at home and in the Middle East—Captain Robert McGovern is an extraordinary American with a remarkable and important story to tell—one that every American needs to hear. Read Less

Goodreads reviews for All American: Football, Faith, and Fighting for Freedom

All American: Why I Believe in Football, God, and the War in...