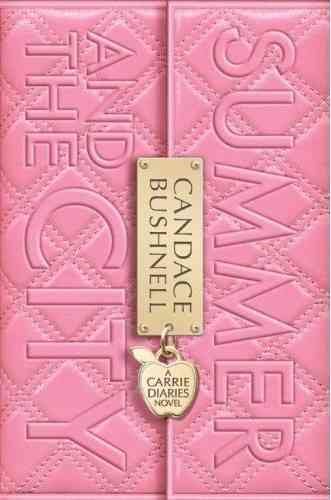 Tells the story of Manhattan columnist Carrie Bradshaw's first summer in New York, describing how she meets Samantha, Miranda, and Charlotte, and makes her first attempts at becoming a successful writer. Read More
This sequel to The Carrie Diaries brings surprising revelations as Carrie learns to navigate her way around the Big Apple, going from being a country "sparrow" to the person she always wanted to be.With her signature wit and sparkling humor, Candace Bushnell reveals the irresistible story of how Carrie met Samantha and Miranda, and what turned a small-town girl into one of New York City's most unforgettable icons, Carrie Bradshaw.Summer is a magical time in New York City, and Carrie is in love with all of it—the crazy characters in her neighborhood, the vintage-clothing boutiques, the wild parties, and the glamorous man who has swept her off her feet. Best of all, she's finally in a real writing class, taking her first steps toward fulfilling her dream.But as it becomes increasingly difficult to reconcile her past with her future, Carrie realizes that making it in New York is much more complicated than she ever imagined. Read Less

Sex and the City

Rules for Being a Girl