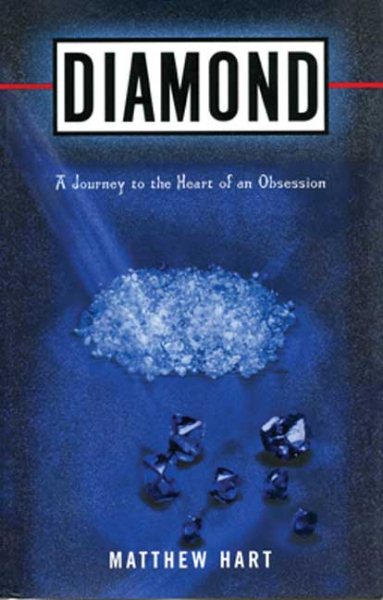 Traces the history of the much-sought-after jewel and its industry, revealing the true nature of the diamond trade and profiling many of the individuals responsible for the largest diamond finds. Read More
On a hot morning in May 1999, three Brazilian garimpeiros (small-scale miners) found a large pink diamond in the muddy waters of the Abaete River, a discovery that captivated the diamond trade. Beginning with this dramatic and revealing story, Matthew Hart takes readers on a journey far beyond the window at Tiffany's, into an obsessive, largely hidden, and utterly fascinating world.From the fog-bound smugglers' paradise of Africa's Diamond Coast to the Manhattan offices of one of the world's most flamboyant diamantaires; from the London salesrooms of De Beers, which manages the longest-running cartel in modern business history, to a truck-parts shop fronting a diamond brokerage in Brazil, Matthew Hart has followed the diamond trail, encountering characters as memorable as the stones they seek. He recreates the modern history of diamonds, starting in 1869 when a native boy in South Africa found a large crystal on a farm, sparking a rush that brought Cecil Rhodes and Ernest Oppenheimer their glory. He chronicles the sensational diamond strike in the 1990s in Canada's Northwest Territories that has shaken the fortress of the old cartel, and profiles the audacious young female geologist Eira Thomas who, against all odds, discovered near the Arctic Circle one of the richest diamond fields in the world. He watches one of the finest diamond cutters operating on a priceless stone and portrays the lives of the countless, nameless cutters in India who have transformed the industry by making valuable the tiny stones that were once considered worthless.Diamonds also have their dark side. "Malfeasance rustles in the background of the diamond world like a snake in dry grass," writes Hart as he documents the relentless and ingenious thievery that pervades the business and the even more damaging revelations of "war diamonds" financing brutal conflicts in Africa. The diamond world is at a crossroads, he notes, and "who will rule diamonds now and what form the once-secretive business will take are the issues of the day."In the end, it is the stone itself that fascinates and bewitches the reader. Diamonds are accidents of nature, carbon crystals compressed deep underground millions of years ago; parts of them may even predate the Earth itself. And they are elusive, carried to the surface only in slender volcanoes known as "pipes," most of which are actually barren. Matthew Hart has captured the essence of an exotic substance and its world as surely as a diamond captures light: bending it, reflecting it, and returning it in a blaze of color. Read Less

Goodreads reviews for Diamond: A Journey to the Heart of an Obsession

Gold: The Race for the World's Most Seductive Metal

Diamond: The History of a Cold-Blooded Love Affair