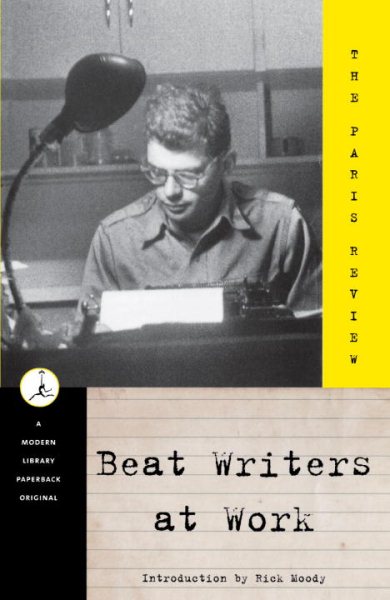 Presents interviews and essays covering authors such as Allen Ginsberg, Jack Kerouac, Ken Kesey, and Gary Snyder Read More
From the pages of The Paris Review, a collection of interviews with Jack Kerouac, Allen Ginsberg, William Burroughs, Ken Kesey, Lawrence Ferlinghetti, and more   Edited by Paris Review co-founder George Plimpton, and with an introduction by Rick Moody, this anthology of “Writers at Work” interviews featuring the great figures of the Beat and Black Mountain movements is an in-depth look into one of the most famous literary tribes of the century. The Beats, with their mix of talent, bravado, and insight into the social and political climes of their time, continue to influence students, writers, and critics today.   “Mr. Plimpton and his able cohorts at The Paris Review have cannily chosen this historical moment for the retrieval of this archive, viz., the fortieth anniversary of Kerouac’s masterpiece, and also the recent departures of Ginsberg and Burroughs to celestial addresses, and thus we have a real warts-and-all retrospective, ex post facto, Kerouac in the late sixties, Ginsberg (in one of two pieces here) in the late seventies, Bowles in the eighties, Snyder in the nineties, so that the high period of Beat style is well past at the time of these conversations; Plimpton’s wisdom here amounts to permitting the language and form of these interviews to persist over the years and thereby accrue historical context, in which we are enabled to see how the Beat praxis (or Black Mountain praxis) is reactive when faced with such forces as Vietnam, hippie culture, eighties consumerism, neglect by literary history, and so forth.”—from the introduction by Rick Moody Read Less

As Told at The Explorers Club: More Than Fifty Gripping Tale...