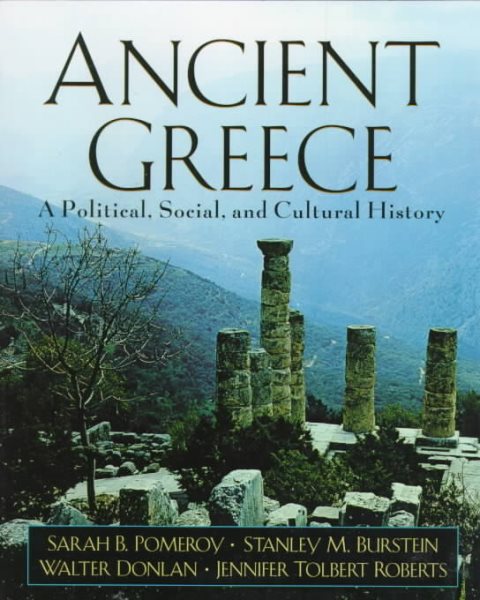 Written by four leading authorities on the classical world, Ancient Greece: A Political, Social, and... Read More
Written by four leading authorities on the classical world, Ancient Greece: A Political, Social, and Cultural History introduces students to the history and civilization of ancient Greece in all its complexity and variety. The most comprehensive and balanced history of ancient Greece thatcovers the entire period from the Bronze Age through the Hellenistic Era, it integrates the most recent research in archaeology, comparative anthropology, and social history with a traditional yet lively narrative of political, military, and diplomatic history. The authors show how the early Greeksborrowed from their neighbors but eventually developed a distinctive culture all their own, one that was marked by astonishing creativity, versatility, and resilience. The book goes on to trace the complex and surprising evolution of Greek civilization to its eventual dissolution as it merged with avariety of other cultures. Using physical evidence from archaeology, the written testimony of literary texts and inscriptions, and anthropological models based on comparative studies, the authors provide an account of the Greek world that is thoughtful and sophisticated yet accessible to studentsand general readers with little or no knowledge of Greece. Featuring 19 maps, more than 80 photographs, and numerous selections that highlight a variety of primary source material, Ancient Greece is an indispensable text for courses in ancient Greek history. Read Less

By Pomeroy, Sarah B.

Awaken Healing Energy Through The Tao: The Taoist Secret of...