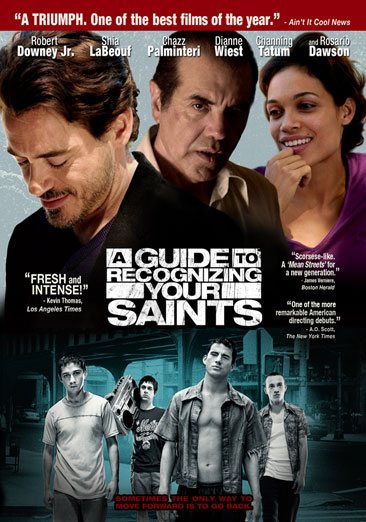 As a young boy comes-of-age in Astoria, N.Y. in the 1980's, he watches his friends around him succumb to a life of crime and he believes that he has been saved from this fate by various saints. Read More
A coming-of-age drama about writer/director Dito Montiel's youth, the film captures the mid-1980's in the toughest neighborhood of Astoria, Queens. Dito, calling home after 15 years because his father is ill, encounters old friends - the ones he lost, left behind and can't help but remember. These are Dito's saints. An honest account of a bittersweet return to a neighborhood where relationships can never be what they once were. Dit's story is about coming to terms with a father's rage and a father's love. Read Less