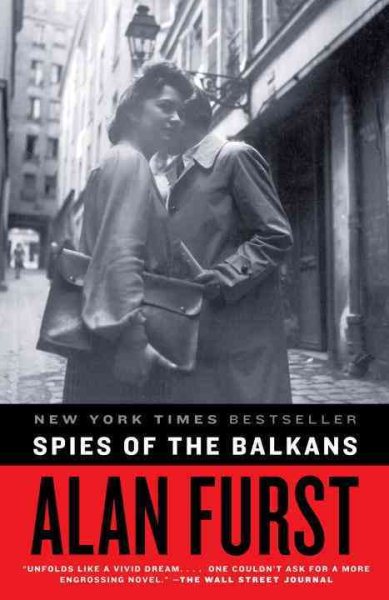 A tale set in World War II Macedonia finds senior police official Costa Zannis working with a resistance cell and secret operatives from various European regions to organize an escape route from Berlin to neutral Turkey. Read More
Greece, 1940. In the port city of Salonika, with its wharves and brothels, dark alleys and Turkish mansions, a tense political drama is being played out. As Adolf Hitler plans to invade the Balkans, spies begin to circle—and Costa Zannis, a senior police official, must deal with them all. He is soon in the game, working to secure an escape route for fugitives from Nazi Berlin that is protected by German lawyers, Balkan detectives, and Hungarian gangsters—and hunted by the Gestapo. Meanwhile, as war threatens, the erotic life of the city grows passionate. For Zannis, that means a British expatriate who owns the local ballet academy, a woman from the dark side of Salonika society, and the wife of a shipping magnate. With extraordinary historical detail and a superb cast of characters, Spies of the Balkans is a stunning novel about a man who risks everything to fight back against the world’s evil. Read Less

Goodreads reviews for Spies of the Balkans: A Novel

Under Occupation: A Novel