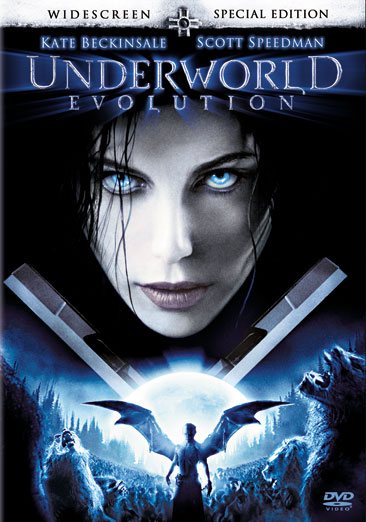 A beautiful and aristocratic vampire named Selene falls in love with a Lycan, a werewolf, whose people are involed in an ancient war with the vampires. Read More
Underworld: Evolution continues the saga of war between the aristocratic Death Dealers and the barbaric Lycans (werewolves). The film traces the beginnings of the ancient feud between the two tribes as Selene (Beckinsale), the vampire heroine, and Michael (Speedman), the lycan hybrid, try to unlock the secrets of their bloodlines. The tale of action, intrigue and forbidden love takes them into the battle to end all wars as the immortals must finally face their retribution. Read Less