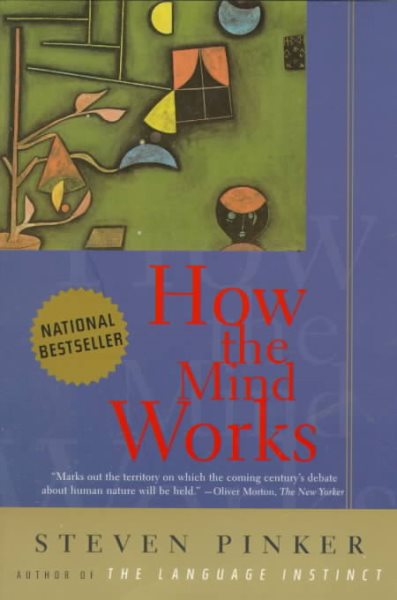 "[How the Mind Works] marks out the territory on which the coming century's debate about human nature will be held."—Oliver Morton, The New Yorker Read More
In this extraordinary bestseller, Steven Pinker, one of the world's leading cognitive scientists, does for the rest of the mind what he did for language in his 1994 book, The Language Instinct. He explains what the mind is, how it evolved, and how it allows us to see, think, feel, laugh, interact, enjoy the arts, and ponder the mysteries of life. And he does it with the wit that prompted Mark Ridley to write in the New York Times Book Review, "No other science writer makes me laugh so much. . . . [Pinker] deserves the superlatives that are lavished on him." The arguments in the book are as bold as its title. Pinker rehabilitates some unfashionable ideas, such as that the mind is a computer and that human nature was shaped by natural selection, and challenges fashionable ones, such as that passionate emotions are irrational, that parents socialize their children, and that nature is good and modern society corrupting. Winner of the Los Angeles Times Book Prize A New York Times Notable Book of the Year and Publishers Weekly Best Book of 1997 Featured in Time magazine, the New York Times Magazine, The New Yorker, Nature, Science, Lingua Franca, and Science Times Front-page reviews in the Washington Post Book World, the Boston Globe Book Section, and the San Diego Union Book Review Read Less

Goodreads reviews for How the Mind Works

The Better Angels of Our Nature: Why Violence Has Declined

The Sense of Style: The Thinking Person's Guide to Writing i...