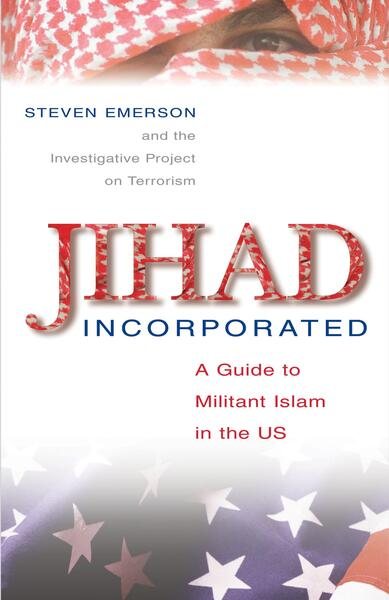 Presents an overview of the activities, funding, and operations of radical Islamic terrorist groups within the United States and abroad. Read More
What is the structure of al Qaeda and radical Islamic activity in the United States today? How has it evolved since 9/11? To what extent does domestic radical Islamism pose a threat to US national security at home and abroad? The Investigative Project on Terrorism, founded in 1995 by Steven Emerson, maintains the largest nongovernmental data and intelligence library in the world on militant Islam. The Project assists the White House, the FBI, the Justice Department, Department of Homeland Security, and other government departments with counterterrorism activities. Together with a staff of experts, Executive Director Steven Emerson has compiled this thorough factual overview of the Islamist terrorist threat to the United States. Unlike The 9/11 Commission Report, which was focused mainly on the retrospective analysis of al Qaeda activities leading up to the attack of September 11, 2001, Jihad Incorporated provides an in-depth examination of radical terrorist organizations and their financial support networks operating in the United States and abroad. Divided into three sections, the work first sets the stage for the current situation by reviewing the lessons learned from previous terrorist plots and attacks both within our borders and against American interests abroad. Emerson and colleagues profile key players in the terrorist network and describe their various criminal activities before and since 9/11. The second section analyzes organizations in the Middle East besides al Qaeda that have established ties in the United States: Hamas, Hizballah, the Palestinian Islamic Jihad, and radical groups in Pakistan. The third section analyzes the subtle, wide-ranging support system for terrorist activities that exists within our own borders: charities and foundations that secretly solicit for terror; the complex corporate web of companies, charities, and nonprofit corporations known as the SAAR Network; mosques that provide cover for terrorists; the use of the Internet for terrorist communication; and lobbying efforts by Muslim American organizations to influence the top echelons of the federal government. In a dangerous age, this is an important book for all Americans to read. Read Less

Goodreads reviews for Jihad Incorporated: A Guide to Militant Islam in the Us

American Jihad: The Terrorists Living Among Us

American Jihad: The Terrorists Living Among Us