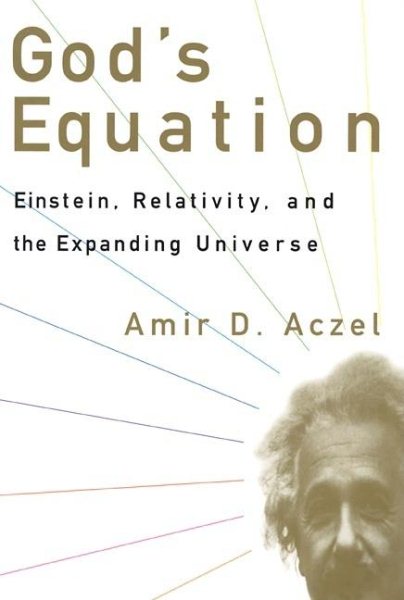 Celebrates the great physicist through his research and personal correspondence, arguing that his work stands at the center of the search for the origins of the universe Read More
In a work of awesome scope, Amir Aczel investigates what powers the stars on their journey to the edge of the universe. Using Einstein and his theories to explain the latest developments in cosmology, Aczel outlines the links between relativity and cosmology via Einstein's "cosmological constant." In the author's view, Einstein served as God's mouthpiece, revealing the most fundamental truths about our larger environment, truths contemporary scientists are just now confirming. This book is the first to discuss certain letters of Einstein that put a new spin on his relationship with other scientists and on his early efforts to prove his revolutionary theories. Read Less

Fermat's Last Theorem: Unlocking the Secret of an Ancient Ma...

Uranium Wars: The Scientific Rivalry that Created the Nuclea...