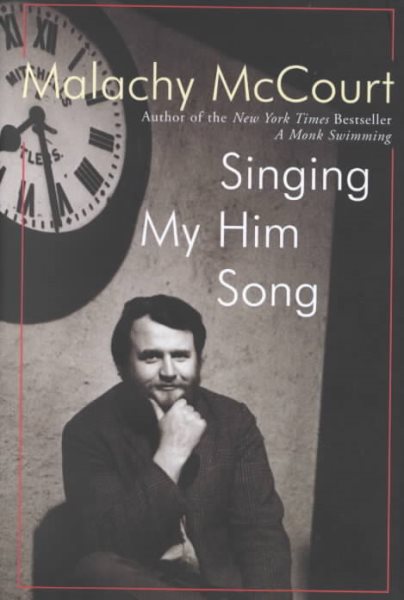 The author continues his life story beginning in 1963, discussing his careers in show business and politics, his battle with alcoholism, finding true love, and a cancer diagnosis. Read More
"All of us are scarred, but some go to extremes in the quest for the happy childhood they never had."Malachy McCourt -- actor, gadfly, raconteur, and author of the internationally bestselling memoir A Monk Swimming -- grew up amid death, squalor, poverty, and abuse in the lanes of Limerick, Irland. When he came to America as a young man, he brought a gargantuan appetite for what life had to offer -- and an equal drive to forget what it had delivered to him thus far.Alternately amused and aghast, but always fascinated, millions of readers followed McCourt through his twenties as he caroused his way all over the world, becoming a familiar face in movies and television, in New York and Hollywood, and in bars from Paris to Calcutta.In Singing My Him Song, McCourt tells us how he went from living the headlong and heedless life of a world-class drunk to becoming a sober, loving father and grandfather, still happily married after thirty-five years. We meet the woman who stood by his side all those years, watch as they build a family together, and listen as McCourt pursues a career of surprising successes and comic missteps.But while becoming the host of television and radio talk shows, appearing in dozens of movies and plays, and establishing himself as a well-loved regular on Ryan's Hope and One Life to Live, McCourt must also face the wreckage of his past. McCourt fights for the rights of his handicapped stepdaughter, exposing a scandal that still reverberates; helps steer his children away from the path he took; and finally comes to terms with the people and places that sent him careering along his misguided course. Then, just when it's time for the happy ending, he must gather all that he's learned, and the support of everyone he loves, to face and overcome the threat of cancer.Bawdy and funny, naked and moving, told in the same inimitable voice that left readers all over the world wondering what happened next, Malachy McCourt's Singing My Him Song tells as honest and entertaining a story as anyone could hope for. Read Less

Goodreads reviews for Singing My Him Song

Death Need Not Be Fatal

A Monk Swimming A Memoir