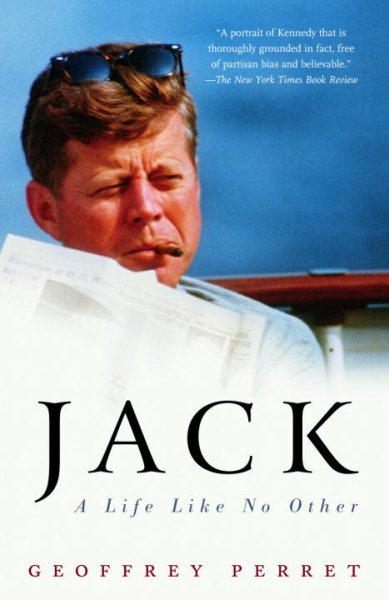 A biography of JFK that covers his career as well as his often troubled personal life uses hundreds of hours of previously unavailable tapes, as well as never-before-published diary entries and letters, to reveal new information. Read More
Jack is both the first comprehensive one-volume biography of JFK and the first account of his life based on the extensive documentary record that has finally become available, including personal diaries, taped conversations from the White House, recently declassified government documents, extensive family correspondence, and crucial interviews sealed for nearly forty years.Jack provides a much-needed perspective on Kennedy’s bewilderingly complex personality, presents a compelling account of the volatile relationship between Jack and Jackie (including her attempt to divorce him, move to Hollywood, and become a film star), and reveals how JFK forged the modern political campaign and, once in the White House, modernized the presidency.Jack: A Life Like No Other is a book like no other. Here, at last, John F. Kennedy seems to step off the page in all his vitality, charm, and originality. Read Less

Goodreads reviews for Jack: A Life Like No Other

A Country Made by War: From the Revolution to Vietnam : The...