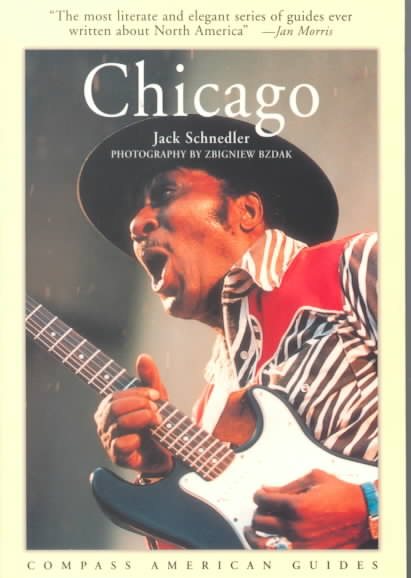 Briefly traces the history of Chicago, describes points of interest in each section of the city, and lists festivals and annual events Read More
Created by local writers and photographers, Compass American Guides are the ultimate insider's guides, providing in-depth coverage of the history, culture and character of America's most spectacular destinations. Covering everything there is to see and do as well as choice lodging and dining, these gorgeous full-color guides are perfect for new and longtime residents as well as vacationers who want a deep understanding of the region they're visiting.Outstanding color photography, plus a wealth of archival imagesTopical essays and literary extractsDetailed color mapsGreat ideas for things to see and doCapsule reviews of hotels and restaurantsAbout the authorJack Schnedler served as travel editor of the Chicago Sun-Times for 12 years before joining the Arkansas Democrat-Gazette in 1995 as assistant managing editor/features. He still travels and writes for the travel section of his newspaper in Little Rock.Under his editorship, the Sun-Times travel section won an array of prizes, including the Lowell Thomas Award as North America's best newspaper travel section. In the same competition, Schnedler was honored as Lowell Thomas Travel Journalist of the Year. He has worked in a variety fo positions ranging from sportswriter to arts-and-books editor for five newspapers: the Chicago Daily News, the Miami Herald, the Washington Star, the Chicago Sun Times, and the Arkansas Democrat-Gazette.Schnedler spent one year as a professor of Journalism at Northwestern University. His wife, Marcia Schnedler, is a nationally syndicated columnist and the author of two guidebooks.About the photographerZbigniew Bzdak is a Chicago-based photographer whose work has appeared in American Way, Geo Magazine, Reader's Digest, Earth Magazine, The New Yorker, and many other publications. His photographs of the first kayaking team to navigate the Amazon River successfully were published by Outside, National Geographic, and Alfred A. Knopf.In 1991, he won the Communication Arts Magazine Award fo Excellence for his photography in Living in Wyoming, Rockridge Press. More recently, he has been involved in documenting Ecuador's Huaorani tribe for the book Savages by Joe Kane. He is currently a staff photographer for The Times in Indiana. Read Less