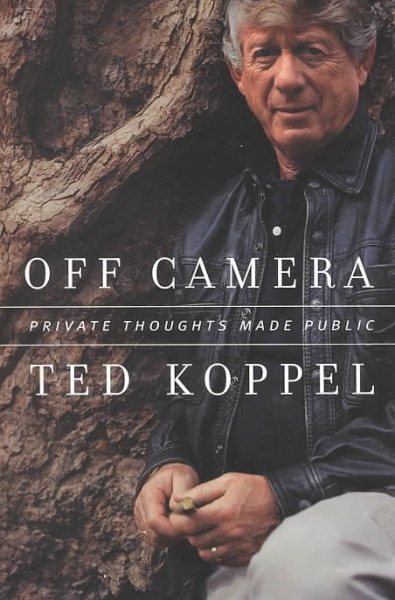 The television journalist reflects on the final year of the twentieth century, discussing the implications of such events as the Clinton impeachment and profiling some of the key figures who made the news. Read More
One of America's most admired television newsmen now gives us an intimate chronicle of the final year of the twentieth century. In his engrossing narrative, the year's personalities and events not only are themselves made vivid but also lead to wide-ranging discussions of the past and of expectations of things to come.Here, closely observed from an insider's viewpoint, are the significant matters of 1999--from the Clinton impeachment and the war in Kosovo to the mass-marketing of Viagra. Here are the people (both on and off camera) who made the news--from Slobodan Milosevi´c to Hillary Rodham Clinton to Michael Jordan to John F. Kennedy Jr. to King Hussein.And Koppel's book moves on yet another level as events trigger memories of his own past, providing a more personal resonance to his telling of the history we all share. He takes us back to the England in which he lived until he was thirteen. He revisits his powerful experiences as an interviewer investigating prison abuses and probing the violence in our schools. He discusses the strengths and weaknesses of the media; he talks about racial intolerance, about brutality toward homosexuals, about the absence of political leadership. He also examines such cultural phenomena as our obsession with celebrity and the impact of great theater and overhyped movies.         Here is the voice we know from Nightline--intelligent, curious, opinionated, witty, concerned--reminding us in entertaining and thought-provoking ways that even the most public events reverberate in our private lives. Read Less

Goodreads reviews for Off Camera: Private Thoughts Made Public

Lights Out: A Cyberattack, A Nation Unprepared, Surviving th...

Lights Out: A Cyberattack, A Nation Unprepared, Surviving th...