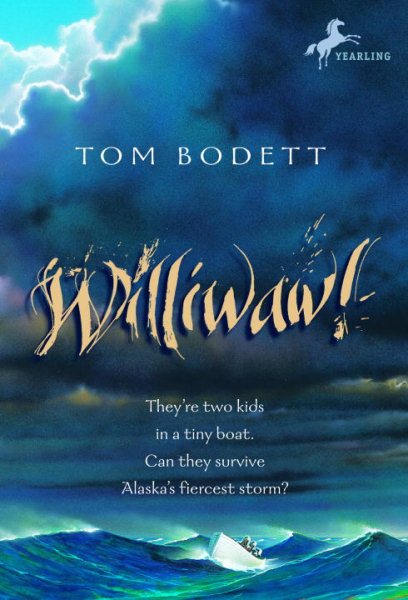 In their father's absence, thirteen-year-old September and her younger brother Ivan disobey his orders by taking the boat out on their Alaska bay, where they are caught in a terrifying storm called a williwaw Read More
"Bodett, the genial voice in those Motel 6 commercials, offers a page-turner set in the wilds of Alaska, and he clearly knows the taste of sea and storm, the face of the landscape, and the sound of the loons and the scent of salmon. In this sentimental but rousing tale, September Crane, 13, and her 12-year-old brother, Ivan, are often left to themselves while their father fishes for their living. . . . Bodett interweaves the story of the williwaw, a wild storm that took their mother's life and family boat, with a spiraling series of bad choices. . . . Along the way, we learn about boat safety, respect for the sea, and self-sufficiency in a desolate but splendid place. . . . The weather's majesty and power are convincing, and the sister and brother are appealing characters . . . [with] very recognizable adolescent longings." --Booklist Read Less

As Far As You Can Go Without A Passport: The View From The E...

As Far As You Can Go Without A Passport: Views From The End...