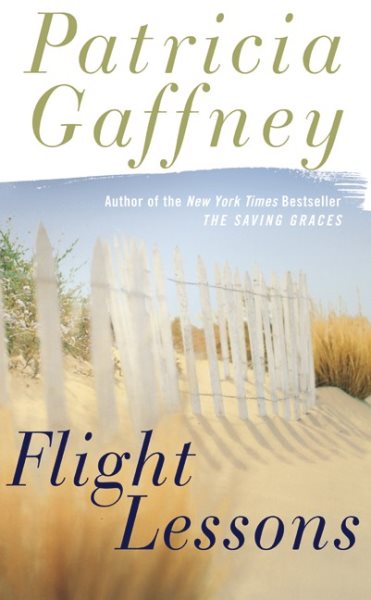 Embittered by betrayals that have rendered her unable to trust, Anna takes a job in the family restaurant, while her aunt tries to rekindle their relationship and help Anna realize that she is falling in love despite her determination to leave. Read More
From the author of the New York Times bestsellers The Saving Graces and Circle of Three comes the poignant story of two women struggling to come to terms with the past that haunts them both.For sixteen years Anna has studiously avoided her Aunt Rose. Exchanging cards at holiday time -- that's as far as Anna is willing to go with the woman she once loved more than anyone else in the world. That love died the night Rose betrayed Anna and her mother -- Rose's own fatally ill sister -- and Anna can't forgive or forget. Years have passed since she's been back to her hometown on Maryland's Eastern Shore, where Rose still runs the aging family restaurant, the Bella Sorella. Anna has built a life elsewhere with a job she likes and a man she loves. Or so she thought.The problem, or one of them, was that circumstances had split her life down the middle. She was always of two minds, the hopeful half versus the skeptic, optimist against pessimist. Or maybe it had evened out and she was now a relativist, a contingency artist. Either way, it didn't help that at this late date a theme was taking shape -- a motif or whatever you wanted to call it, a pattern -- consisting of Anna walking in on trusted loved ones in bed with each other.Anna clearly needs an escape, but the only place for her to go is home: to the family, to the restaurant, to Rose, who has been trying for more than a decade to regain Anna's trust. And right now Rose needs her more than ever. Feelings between the two women remain as chilly as ever, even in the steamy kitchen of the Bella Sorella, where values clash and generations collide -- and outside it, where their personal lives become entangled in surprising ways. Anna is a reluctant partner in this intricate dance of forgiveness and reconciliation, insisting that her stay is only temporary. Her plan is to leave a second time, as soon as the restaurant is back on its feet and her own hurt is healed. But her determination to remain unaffected by Rose's longing to undo the past and create a future blinds Anna to a chance for human connection and she almost fails to recognize true love, even when it reaches in and grabs her by the heart.Touching, funny, poignant, and wise,Flight Lessons is a moving story of truth and loyalty, of the bonds that shape and sustain us and, ultimately, uplift us. Patricia Gaffney once again delivers a story told with grace and warmth, filled with the recognition of self and reminding us that there's no place like home. Read Less

The Saving Graces: A Novel