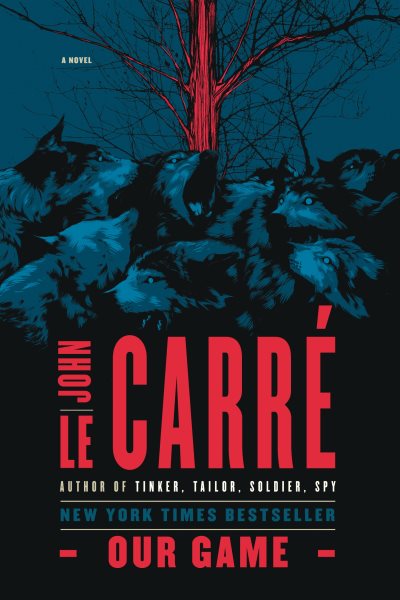 The best-selling author of The Night Manager and Tinker, Tailor, Soldier, Spy returns to the complex and dangerous world of a British spymaster, in a haunting and suspenseful tale of international espionage. 350,000 first printing. $350,000 ad/promo. Read More
From the #1 New York Times bestselling author of A Legacy of Spies and The Night Manager, now an AMC miniseries With the Cold War fought and won, British spymaster Tim Cranmer accepts early retirement to rural England and a new life with his alluring young mistress, Emma. But when both Emma and Cranmer’s star double agent and lifelong rival, Larry Pettifer, disappear, Cranmer is suddenly on the run, searching for his brilliant protégé, desperately eluding his former colleagues, in a frantic journey across Europe and into the lawless, battered landscapes of Moscow and southern Russia, to save whatever of his life he has left. . . .    Praise for Our Game“As thrilling as le Carré gets . . . The novel has the heartstop duplicity of A Perfect Spy and some of the outraged honor of The Night Manager and The Little Drummer Girl.”—The Boston Globe “Furious in action . . . takes us by the neck on page one and never lets go.”—Chicago Sun-Times “Irresistible . . . a sinuous plot, leisurely introduced, whose coils become increasingly constricting. There is crisp, intelligent dialogue, much of it riding an undercurrent of menace. And there is a hero who does not see himself as heroic but who struggles with inner demons as much as with the forces arrayed against him.”—Time “Gripping.”—The Christian Science Monitor Read Less

Goodreads reviews for Our Game: A Novel