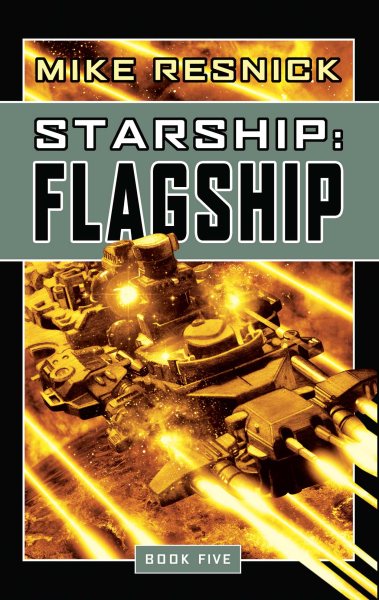 Wilson Cole, the crew of the starship Theodore Roosevelt and their ragtag armada must find a way past the Republic's Navy if they are to infiltrate the planet Deluros VIII and overthrow the government, a conundrum compounded by the fact that a new threatlooms on the horizon. Read More
The date is 1970 of the Galactic Era, almost three thousand years from now, and the Republic, created by the human race but not yet dominated by it, finds itself in an all-out war against the Teroni Federation, an alliance of races that resent Man’s growing military and economic power. The rebel starship, the Theodore Roosevelt, under the command of Wilson Cole, is preparing to lead Cole’s ragtag armada into the Republic, even though he is outnumbered thousands to one. Cole is convinced that the government has become an arrogant and unfeeling political entity and must be overthrown. The trick is to avoid armed conflict with the vast array of ships, numbering in the millions, in the Republic’s Navy. For a time Cole’s forces strike from cover and race off to safety, but he soon sees that is no way to conquer the mightiest political and military machine in the history of the galaxy. He realizes that he must reach Deluros VIII, the headquarters world of the Republic (and of the race of Man), in order to have any effect on the government at all – but Deluros VIII is the best-protected world in the Republic. But a new threat looms on the horizon. Cole, the Valkyrie, David Copperfield, Sharon Blacksmith, Jacovic, and the rest of the crew of the Teddy R face their greatest challenge yet, and the outcome will determine the fate of the entire galaxy. Read Less

Tales Of The Galctic Midway #3. The Wild Alien Tamer.

Tales of the Velvet Comet