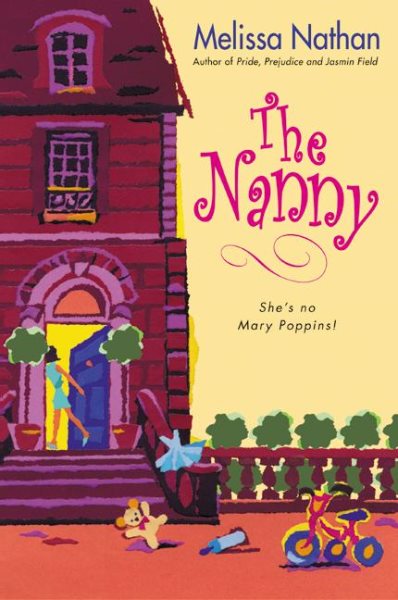 Hoping to escape her small-town life, complex family, and supposed boyfriend Shaun, Jo Green accepts a job as a nanny in London with Dick and Vanessa Fitzgerald, only to find herself in over her head with the Fitzgeralds, the world's most incompatible couple, their terrible children, and their handsome lodger. Original. Read More
Twenty-three-year-old Jo Green knows that if she has to spend one more night in ultra-provincial Niblet-Upon-Avon she'll go completely bonkers! So she answers an ad in the paper, bids her devoted boyfriend Shaun adieu, and heads off to the big city. With a new job that offers excitement; a cool car; and her own suite with a TV, DVD player, and a cell phone, how can she go wrong?Then she meets . . . the Fitzgeralds -- Dick and Vanessa and their unruly brood of rugrats who have suddenly been entrusted into Jo's care. There's eight-year-old "psycho-babe" Cassandra; bloodthirsty Zak, the six-year-old Terminator; and timid little Tallulah.So what else could go wrong? How about the arrival of Dick's children from his first marriage: teenage Toby and (gulp!) all-grown-up-and-very-nicely-at-that Josh the accountant? And now that she has to temporarily share her room with Josh, Jo's head is really in a spin -- because with her hometown beau still in the picture and a sexy possibility sleeping just a foot away, life has suddenly gotten very complicated indeed! Read Less

Goodreads reviews for The Nanny