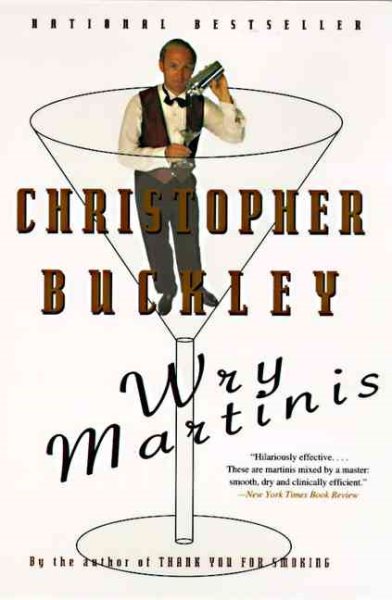 Presents a collection of essays and observations that range from an account of the Pope's appearance on "Oprah" to the true story behind Whitewater to a whimsical tribute to Tom Clancy Read More
"Fifty years ago, the three funniest writers in the English language were named Shaw, Mencken and Muggeridge. Today, they&#39;re named Thompson, O&#39;Rourke and Christopher Buckley.Read this book and you&#39;ll die laughing. But as Wrong-Way Kennedy said, &#39;What a way to go.&#39;" -- Tom Wolfe"Funny and devastating." -- Entertainment Weekly"Clever, erudite, sophisticated, funny and flip. Buckley shows that his antennae are ever alert to the absurdities in our world." -- Cleveland Plain Dealer"Buckley&#39;s comic muse -- and as Wry Martinis attests, he is one of the rarest specimens in his generation of that endangered species, the authentically inventive comic writer -- adorns the Benchley-Thurber line of social observation. He is probably the most versatile practitioner of that tradition today.... Wry Martinis has an astonishing range, all the way from the history of the miniskirt to the language of the New American Bible." -- Boston Globe Read Less

But Enough About You: Essays