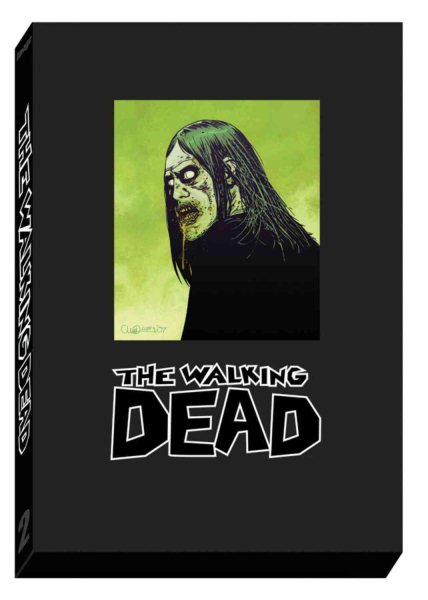 Follows Rick Grimes, his son Carl, and other survivors' travels in a zombie-infested world, as Rick battles an illness that forces Carl to fend for himself and the survivors grow suspicious of a priest who stumbles into the camp. Read More
This deluxe hardcover features the next 24 issues of the hit series, TheWalking Dead, along with the covers for the issues all in one massive,oversized slip-cased volume. Perfect for long-time fans, new readers, and anyoneneeding a heavy object with which to fend off the walking dead! Collects The Walking Dead #24-48. Read Less