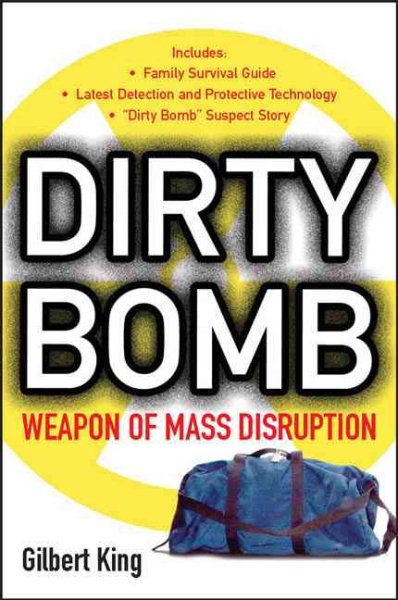 While newspapers carry stories about dirty bombs from time to time few readers know enough about the... Read More
While newspapers carry stories about dirty bombs from time to time few readers know enough about these bombs to be scared. And scared they should be. The threat of a nuclear strike is more real than ever, and the government, while trying to do its best, is playing from way behind. Some experts even wonder if we should be spending less money on trying to prevent it, and more on trying to deal with one after it happens.This is an investigation into the world of nuclear arms, radioactive machinery, and Al Qaeda terrorists. This book is filled with shocking revelations regarding huge security gaps, radioactive materials, missing nuclear arsenals, as well as the simplicity of technology needed to detonate what many experts have called "Weapons of Mass Disruption."Shocking stories include: in 1995 a 17 year-old Boy Scout built a working nuclear core in a shed in his parent's backyard; in 1996 Chechen separatists planted a working Dirty Bomb in a Moscow park; international intelligence recently uncovered the fact that the terrorists have a bomb-making school or network, which is easily transmitted via the internet; 38 missing Alazan warheads were modified to carry radioactive material by the Russian government, effectively creating the world's first surface-to-surface 'dirty bombs'; in 1987 an exposed core of Ceasium 137 was left in a trash can in Brazil for three days - hundreds were treated for ailments related to radiation sickness; there are rumored to be 20 missing Russian nuclear suitcase bombs; and recent studies show that the affects of a medium sized Dirty Bomb would wreak far worse financial and long-term physical damage than originally assessed. Read Less

Devil in the Grove: Thurgood Marshall, the Groveland Boys, a...

Woman, Child for Sale: The New Slave Trade in the 21st Centu...