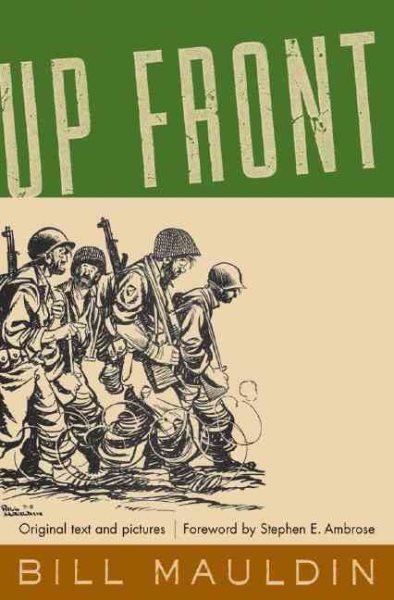 The definitive biography of the greatest cartoonist of the Greatest Generation. Read More
"The real war," said Walt Whitman, "will never get in the books." During World War II, the truest glimpse most Americans got of the "real war" came through the flashing black lines of twenty-two-year-old infantry sergeant Bill Mauldin. Week after week, Mauldin defied army censors, German artillery, and Patton's pledge to "throw his ass in jail" to deliver his wildly popular cartoon, "Up Front," to the pages of Stars and Stripes. "Up Front" featured the wise-cracking Willie and Joe, whose stooped shoulders, mud-soaked uniforms, and pidgin of army slang and slum dialect bore eloquent witness to the world of combat and the men who lived—and died—in it.This taut, lushly illustrated biography—the first of two-time Pulitzer Prize winner Bill Mauldin—is illustrated with more than ninety classic Mauldin cartoons and rare photographs. It traces the improbable career and tumultuous private life of a charismatic genius who rose to fame on his motto: "If it's big, hit it." Read Less

Goodreads reviews for Up Front