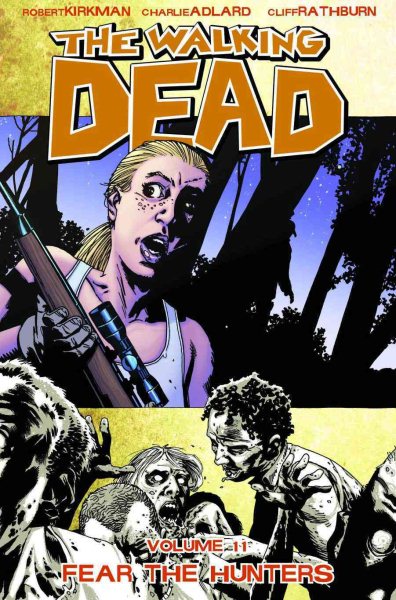 The group addresses religion as it takes in a shady priest, and Rick and Abraham attempt to locate Dale after he's kidnapped. Read More
The world we knew is gone. The world of commerce andfrivolous necessity has been replaced by a world of survival and responsibility.An epidemic of apocalyptic proportions has swept the globe, causing the dead torise and feed on the living. In a matter of months society has crumbled: nogovernment, no grocery stores, no mail delivery, no cable TV. In a world ruledby the dead, the survivors are forced to finally start living.No one is safe in the aftermath of the most shocking Walking Deadstoryline yet! The remaining survivors continue the road to Washington DC,but not everyone will make it out alive!Collecting issues #61-66 of the New York Times best-selling series,The Walking Dead! Reprint Edition Read Less

Goodreads reviews for The Walking Dead, Vol. 11: Fear The Hunters