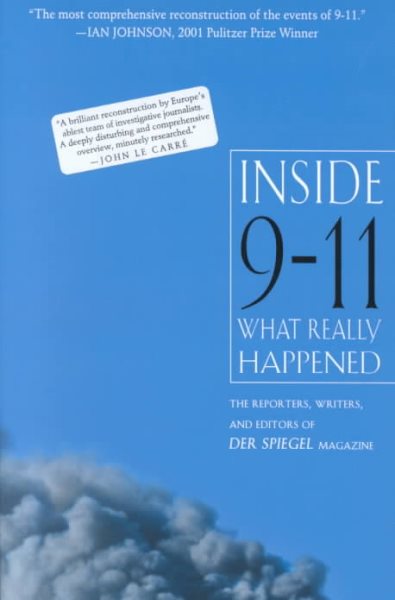 A reconstruction of the events of September 11, 2001 by a team of German journalists includes coverage of their investigation into the terrorists' identities; early interviews with firemen, police, and survivors; and rescue attempts. Read More
Some of the finest writing and reporting on the events of September 11 was done by Der Spiegel, Germany's magazine of record. With its main office in Hamburg, base of operations for terrorist ringleader Mohamed Atta and many of the others, Der Spiegel's journalists were on the front lines of the earliest investigation into the identities of those who brought holy war to America.The award-winning team from Spiegel was also at Ground Zero, talking to people, gathering stories, interviewing survivors, seeking the words that might express the interconnections of horror and heroism. The words come from those who had been inside and somehow gotten out. Inside 9-11 gives us some of their accounts, taking us as close as we can get to what happened.The "why" of September 11 may remain beyond understanding. But here we learn who the terrorists were, and how they were able to take so many innocent lives by sacrificing their own. The profiles in this book render a chilling, alien mindset that has become part of our daily reality. Combining first-class investigative journalism and writing of great clarity, Inside 9-11 is a heartbreaking and gripping reconstruction of the events that changed us all.Translated from the German by Paul De Angelis and Elisabeth Kaestner, with contributions from Margot Dembo and Christopher Sultan. Read Less

Goodreads reviews for Inside 9-11: What Really Happened

Inside 9-11: What Really Happened