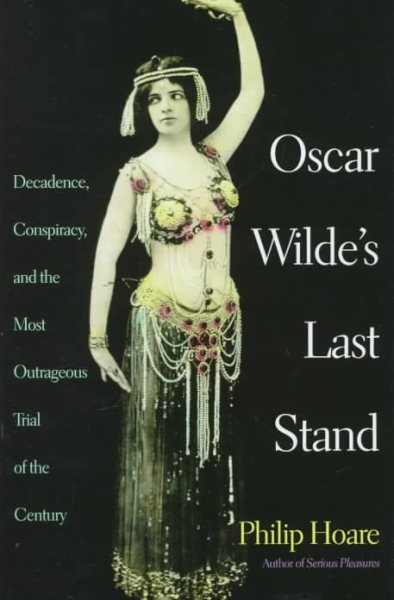 Documents the case in which dancer Maud Allan brought action against a right-wing MP for libellous remarks concerning her performance of Wilde's Salome Read More
A New York Times Notable Book of the Year that Sir Ian McKellen called a shocking tale of heroes and villainsilluminating and upsetting in equal measure.”The first production of Oscar Wilde’s Salomé in 1918, with American exotic dancer Maud Allan dancing lead, ignited a firestorm in London spearheaded by Noel Pemberton Billing, a member of Parliament and self-appointed guardian of family values. Billing attacked Allan in the right-wing newspaper Vigilante as a member of the Cult of the Clitoris,” a feminine version of the Cult of the Wilde,” a catchall for the degeneracy and perversion he was convinced had infected the land. He claimed that a black book was in the hands of their enemies the Germans, a book that contained the names of thousands of the British establishment who without doubt were members of the cult. Threat of exposure was costing England the war.Allan sued Billing for libel, and the ensuing trial, brought to life in this authoritative, spellbinding book, held the world in thrall. Was there or was there not a black book? What names did it contain? The trial was both hugely entertaining and deadly serious and raised specters of hysteria, homophobia, and paranoia that, like Oscar Wilde himself, continue to haunt us. As in Wilde’s own trial in 1895, libel was hardly the issue; the fight was for control over the country’s moral compass. In Oscar Wilde’s Last Stand, biographer and historian Philip Hoare gives us the full drama of the Billing trial, gavel to gavel, and brings to life this unique, bizarre, and fascinating event. Read Less

Goodreads reviews for Oscar Wilde's Last Stand: Decadence, Conspiracy, and the Most Outrageous Trial of the Century

Grieving: Your Path Back to Peace