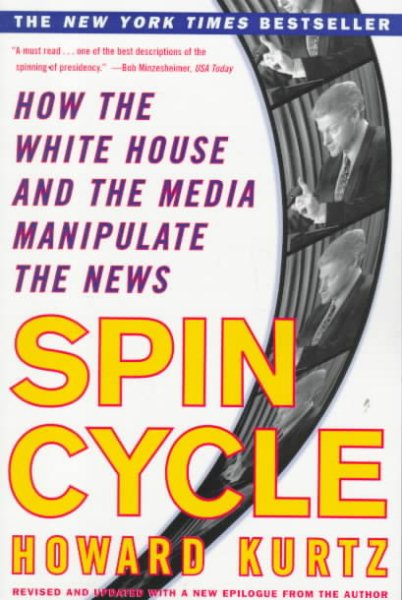 The Washington Post's reporter on the media reveals the Clinton Administration's unprecedented efforts to manipulate and manage information about its ongoing scandals Read More
Spin Cycle is the first behind-the-scenes account of the White House political operation as it packages and shapes the news by manipulating, misleading, and in some cases, intimidating the press. It is also the tale of how some of the nation's top journalists buy into these efforts and, often, put their own spin on the news. Compelling, infuriating, often devastatingly funny, this is the story you should read before you pick up the newspaper tomorrow morning. Read Less

Goodreads reviews for Spin Cycle: How the White House and the Media Manipulate the News (Revised and Updated)

Media Madness: Donald Trump, the Press, and the War over the...