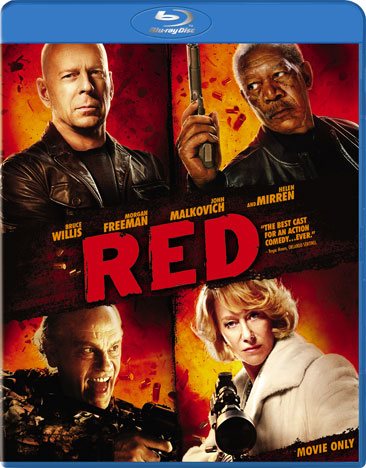 After an attempt on his life, a former black-ops CIA agent reassembles his old team to find out who wants them dead. Read More
"Frank (Willis) is a former black-ops CIA agent living a quiet life alone… until the day a hit squad shows up to kill him. With his identity compromised, Frank reassembles his old team – Joe (Freeman), Marvin (Malkovich) and Victoria (Mirren) – and sets out to prove that they still have a few tricks up their sleeves. Stand back and watch the bullets fly in this explosive action-comedy that critics call “a rip-roaring good time.” Starring: Bruce Willis, Morgan Freeman, Helen Mirren and John Malkovich." Read Less