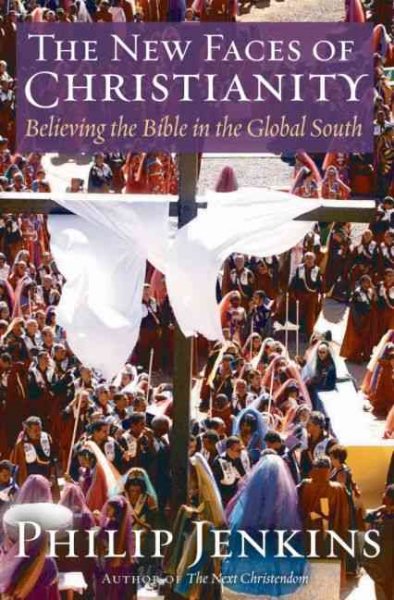 The best-sellling author of The New Christendom continues his study of the growth of Christianity in the southern regions of the world, examining the influence of the Bible on the peoples of Africa, Asia, and Latin America, including the impact on growing liberation movements and the rise of women's rights. Read More
Named one of the top religion books of 2002 by USA Today, Philip Jenkins's phenomenally successful The Next Christendom permanently changed the way people think about the future of Christianity. In that volume, Jenkins called the world's attention to the little noticed fact that Christianity's center of gravity was moving inexorably southward, to the point that Africa may soon be home to the world's largest Christian populations. Now, in this brilliant sequel, Jenkins takes a much closer look at Christianity in the global South, revealing what it is like, and what it means for the future. The faith of the South, Jenkins finds, is first and foremost a biblical faith. Indeed, in the global South, many Christians identify powerfully with the world portrayed in the New Testament--an agricultural world very much like their own, marked by famine and plague, poverty and exile, until very recently a society of peasants, farmers, and small craftsmen. In the global South, as in the biblical world, belief in spirits and witchcraft are commonplace, and in many places--such as Nigeria, Indonesia, and Sudan--Christians are persecuted just as early Christians were. Thus the Bible speaks to the global South with a vividness and authenticity simply unavailable to most believers in the industrialized North. More important, Jenkins shows that throughout the global South, believers are reading the Bible with fresh eyes, and coming away with new and sometimes startling interpretations. Some of their conclusions are distinctly fundamentalist, but Jenkins finds an intriguing paradox, for they are also finding ideas in the Bible that are socially liberating, especially with respect to women's rights. Across Africa, Asia, and Latin America, such Christians are social activists in the forefront of a wide range of liberation movements. It's hard to overstate how interesting, how eye-opening, how frequently surprising (and sometimes disturbing) Jenkins' findings are. Anyone interested in the implications of these trends for the major denominations, for Muslim-Christian conflict, and for global politics will find The New Faces of Christianity provocative and incisive--and indispensable. Read Less

Goodreads reviews for The New Faces of Christianity: Believing the Bible in the Global South

Laying Down the Sword: Why We Can't Ignore the Bible's Viole...

The Next Christendom: The Coming of Global Christianity