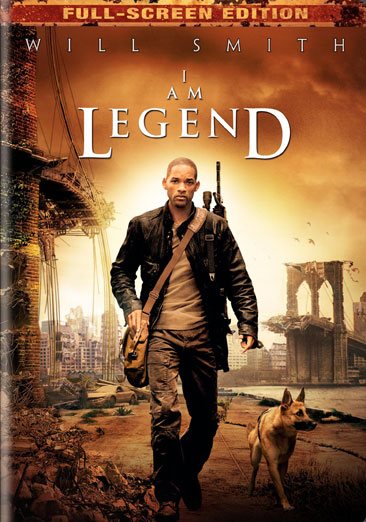 Immune to an incurable virus, Robert Neville believes he is the last human on Earth and tries to find a cure to stop the mutant creatures that still roam New York City. Read More
"Robert Neville (Smith) is the lone survivor in a New York City where streets are overgrown and deer run between deserted automobiles. Following an epidemic, the Earth's population has been turned into an army of nocturnal zombies. Immune to the virus, military scientist Neville searches for a cure in his Washington Square townhouse. Haunted by visions of his family leaving quarantined Manhattan two years prior, he drives through the city with his German Shepherd, Sam, by day, and barricades his home from the monsters nightly. But when Anna (Braga) - who's also immune - finds him, they will have to fight the onslaught twice as hard." Read Less