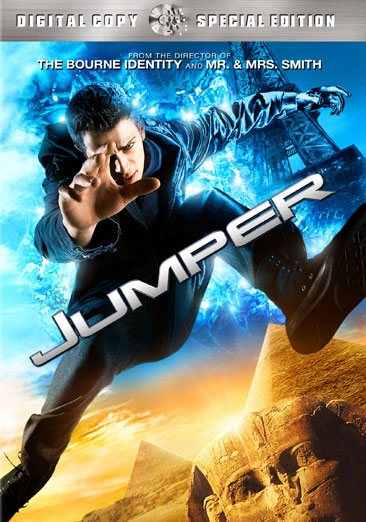 After a man with the power of teleportation discovers that there are others with the same abilities, he becomes involved in a battle between jumpers and the secret organization that wants to kill them. Read More
David (Christiansen) has inexplicably been given the power to teleport himself, or jump. He can jump into a bank vault, then to the top of the Sphinx, then back to his luxury Manhattan apartment. But despite all his power, he still misses his childhood love, Millie (Bilson). When the opportunity arises, David jets off to Rome with Millie, but it's not all romance in the Italian city. David's unique abilities place him in the middle of a war between the jumpers and the paladins, a secretive group intent on hunting down the teleporters. Led by Roland (Jackson), the paladins track David and fellow jumper Griffin (Bell) across the world, and Millie may be caught in the crossfire. Read Less