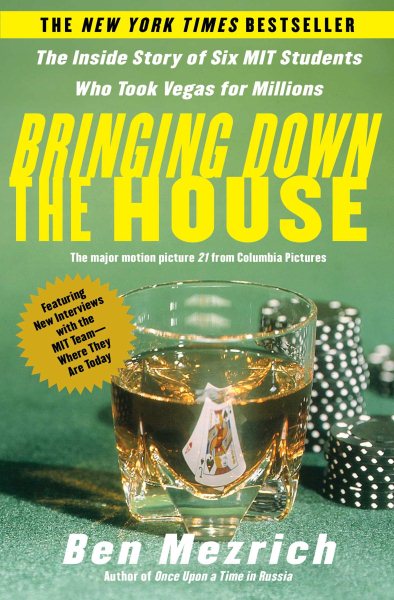 Recounts the story of how a notorious gang of MIT blackjack savants devised and received backing for a system for winning at the world's most sophisticated casinos, an endeavor that earned them more than three million dollars. Read More
The #1 national bestseller, now a major motion picture, 21—the amazing inside story about a gambling ring of M.I.T. students who beat the system in Vegas—and lived to tell how.Robin Hood meets the Rat Pack when the best and the brightest of M.I.T.’s math students and engineers take up blackjack under the guidance of an eccentric mastermind. Their small blackjack club develops from an experiment in counting cards on M.I.T.’s campus into a ring of card savants with a system for playing large and winning big. In less than two years they take some of the world’s most sophisticated casinos for more than three million dollars. But their success also brings with it the formidable ire of casino owners and launches them into the seedy underworld of corporate Vegas with its private investigators and other violent heavies. Read Less

Goodreads reviews for Bringing Down the House: The Inside Story of Six M.I.T. Students Who Took Vegas for Millions

Bitcoin Billionaires: A True Story of Genius, Betrayal, and...

The Accidental Billionaires: The Founding of Facebook: A Tal...