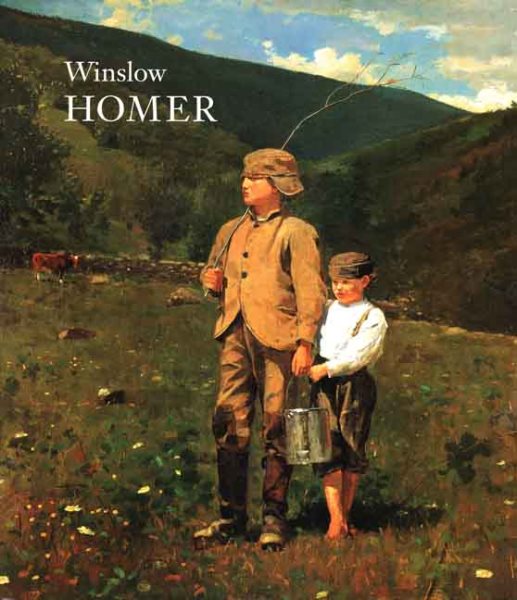 The book discusses and reproduces more than two hundred paintings, watercolors, and drawings that sp... Read More
The book discusses and reproduces more than two hundred paintings, watercolors, and drawings that span Homer's career, all of which are discussed in entries by Cikovsky and Kelly. It begins with the Civil War paintings that first brought Homer's remarkable artistic mentality to public attention, in which he movingly expressed the profound implications the war held for the nation. Homer's interest in national themes is further explored in his works of the later 1860s and 1870s, which embraced a wide spectrum of American life. His shift toward more idealized and heroic imagery and his withdrawal to a solitary life at Prout's Neck, Maine, in the 1880s are discussed as turning points leading to the great achievements of his last two decades. After considering his beautiful late watercolors of the Tropics and the Adirondacks, and his monumental Prout's Neck seascapes, the book concludes with a reassessment of the tragic, almost visionary paintings of his last years.The book is also the catalogue for a major exhibition on Homer's works, opening at the National Gallery of Art on 15 October 1995 and traveling to the Museum of Fine Arts, Boston, and The Metropolitan Museum of Art, New York. Read Less