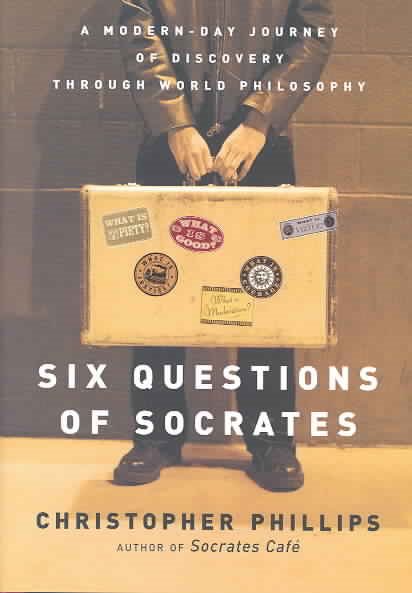 Explores the various ways in which people around the world interpret six questions originally posed by the ancient Greek philosopher Socrates, including their diverse interpretations of virtue, moderation, justice, courage, good, and piety. Read More
How people around the world grapple with the great questions posed by Socrates. What is virtue? What is moderation? What is justice? What is courage? What is good? What is piety? Socrates thought that understanding the perspectives of others on these six great questions would help him become a more excellent human being. Following in Socrates' footsteps, Christopher Phillips investigates these same questions, beginning in the marketplace of modern-day Athens. He goes on to investigate the timely responses and outlooks of people from different cultures and backgrounds around the world: from Greece and Spain to Japan and Korea, Mexico City, and Chiapas, where the region's indigenous people struggle for fundamental human rights. Phillips also traveled throughout the United States, holding dialogues in diverse communities from New York City to the Navajo Nation. Introducing us to less familiar thinkers in non-Western traditions who were kindred spirits of Socrates, Phillips enlarges our perspectives on life's fundamental questions, creating an innovative world survey of philosophy. Read Less

Goodreads reviews for Six Questions of Socrates: A Modern-Day Journey of Discovery Through World Philosophy

Six Questions of Socrates: A Modern-Day Journey of Discovery...