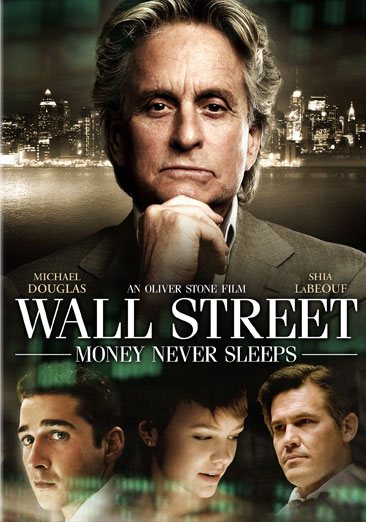 After Gordon Gekko is released from prison, he forges an alliance with his daughter's fiancâe in an effort to reclaim his place at the top of Wall Street. Read More
"Michael Douglas and Shia LaBeouf star in Oliver Stone’s “Wall Street: Money Never Sleeps.” Douglas is back in his Oscar-winning role as Gordon Gekko. Emerging from a lengthy prison stint, Gekko finds himself on the outside of a world he once dominated. But a young, idealistic investment banker (LaBeouf) learns the hard way that Gekko is still a master manipulator – and that today more than ever, money never sleeps." Read Less