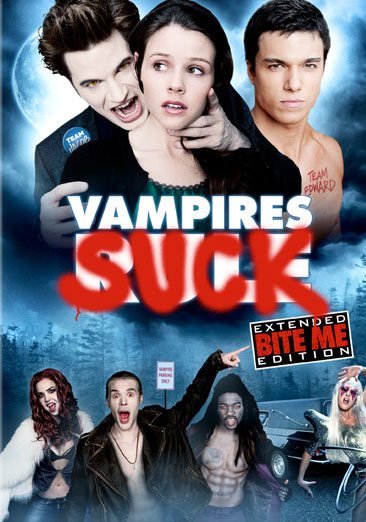 In a parody of the Twilight film series, the drama of boyfriends and school in teenager Becca Crane's life comes to a head on prom night. Read More
"VAMPIRES SUCK is a comedy about contemporary teen angst and romance movies. Becca, an anxious, non-vampire teen, is torn between two boys. Before she can choose, Becca must get around her controlling father, who embarrasses Becca by treating her like a child. Meanwhile, Becca’s friends contend with their own romantic issues – all of which collide at the prom." Read Less