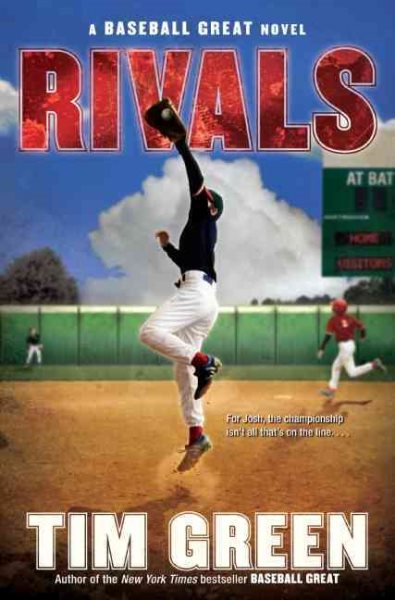 Twelve-year-old Josh looks forward to facing a true rival in the Baseball Hall of Fame tournament, but first he and his friends Jaden and Benji put themselves at great risk trying to expose the truth about a conspiracy to bribe the head umpire. Read More
Cooperstown! Josh is thrilled when all his hard training pays off in a big way and his team, the Titans, makes it to a national tournament in Cooperstown, home of the National Baseball Hall of Fame. More is on the line for Josh than just a trophy. Winning would mean everything to his dad&apos;now Josh's coach. Winning could mean a major endorsement deal for the Titans and the attention of big league scouts!After a dirty play and a brutal injury threaten to sideline Josh, he spies suspicious activity at the tournament. He tries to tell his good friend Jaden about what he's seen, but she's too busy spending time with the L.A. Comets' star player, Mickey Mullen Jr., to want to get involved. Jaden says she's doing research for the newspaper . . . but is she? Now Josh has a rival&apos;both on the field and off&apos;as he swings for the fences in a game that quickly becomes more dangerous.New York Times bestselling author Tim Green delivers a hard-hitting look at what some teams will do to win in this gripping companion to Baseball Great. Read Less