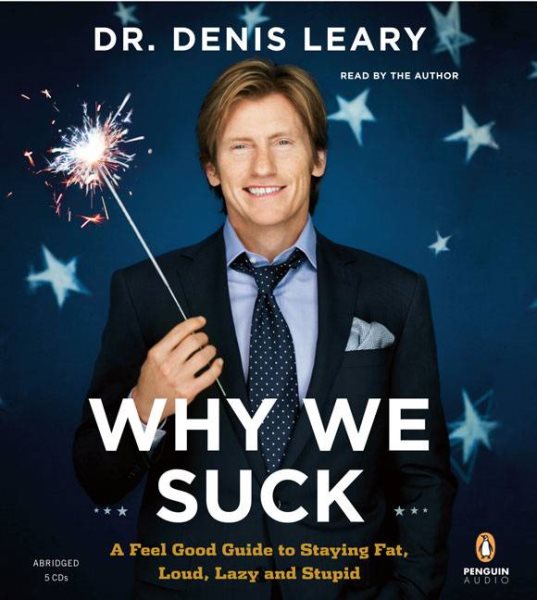 The comic satirist presents irreverent cultural observations about how society is taking itself too seriously, in an account that shares anecdotes from his Irish-Catholic upbringing, high-pressure family life, and work as a performing artist. Read More
Abridged CDs ? 4 CDs, 5 hours ?Denis Leary snarls as naturally as most actors smile,? says one critic of the writer and comic. In Why We Suck, Leary snarls to brilliant effect. With his patented highspeed ranting and killer comic instinct, Denis Leary has become a beloved antihero whose bracing invective and outrageous riffs have earned him a huge following. Read Less

Goodreads reviews for Why We Suck: A Feel Good Guide to Staying Fat, Loud, Lazy and Stupid

Ice Age: Dawn of the Dinosaurs