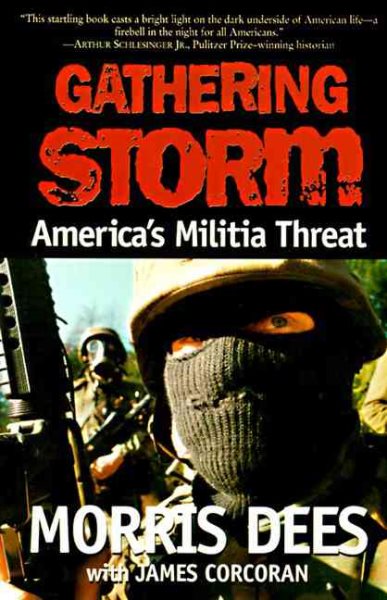 Traces the history of the far right militia network and identifies its role in several incidents, including the Oklahoma City bombing Read More
On October 26, 1994, Morris Dees wrote Attorney General Janet Reno to alert her to the danger posed by the growing number of radical militia groups. He warned the Attorney General that the "mixture of armed groups and those who hate is a recipe for disaster." This was six months before the Oklahoma City bombing. In Gathering Storm, he tells for the first time why he decided to alert the Attorney General and why the danger of serious domestic terrorism still exists. The militia movement we saw so much about immediately after the Oklahoma City bombing was not a spontaneous grassroots uprising of men angry at big government but, as Dees shows, a well-organized effort by some of America's most dangerous far-right extremists. Its goal is to destabilize our democracy through domestic terrorism. Few are more qualified to expose the militia network and its close cousin, the Christian patriots, than Dees. Dees points out that the Oklahoma City tragedy was not an isolated event. He connects together a series of violent acts and plans promoted by militia groups and small secret "patriot" cells since the early 1980s. Many, he says, have ties to sources of political power in state houses and in Washington. Dees names names, gives places and details events that could prove embarrassing to some. Read Less

A Season for Justice: The Life and Times of Civil Rights Law...

A Season for Justice: The Life and Times of Civil Rights Law...