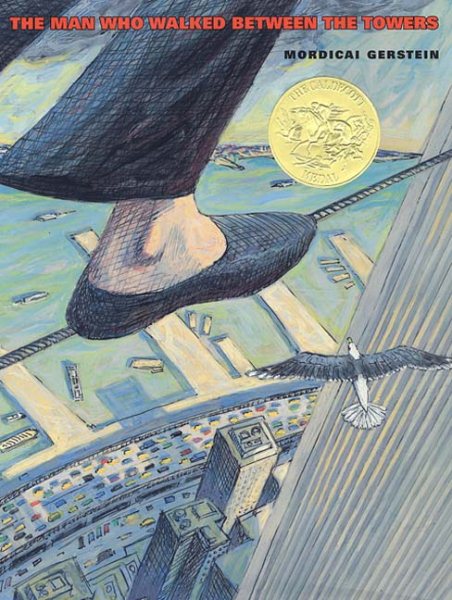 A lyrical evocation of Philippe Petit's 1974 tightrope walk between the World Trade Center towers. Read More
In 1974, French aerialist Philippe Petit threw a tightrope between the two towers of the World Trade Center and spent an hour walking, dancing, and performing high-wire tricks a quarter mile in the sky. This picture book captures the poetry and magic of the event with a poetry of its own: lyrical words and lovely paintings that present the detail, daring, and--in two dramatic foldout spreads-- the vertiginous drama of Petit's feat.The Man Who Walked Between the Towers is the winner of the 2004 Caldecott Medal, the winner of the 2004 Boston Globe - Horn Book Award for Picture Books, and the winner of the 2006 Carnegie Medal for Excellence in Children's Video. Read Less

Mountains of Tibet, The

SOMETHING QUEER AT THE HAUNTED SCHOOL (Yearling Book)