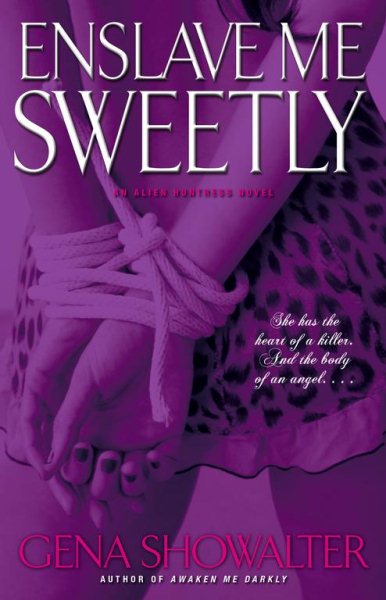 A female alien assassin, who walks among humans, protecting them from other-worlders who abduct and enslave, falls for a human agent. Read More
Eden Black walks among humans, protecting them from the murderous evil of other-worlders who abduct and enslave. And though she appears to be human herself, Eden is an alien, a Raka, distinguished by her golden hair and skin, and gifted with the ominous ability to kill without remorse -- and with total accuracy. That is, until the fateful night she has one shot to eliminate her target, a human slaver -- and misses. "Failure" is not in Eden's vocabulary. Neither is "partner" -- but that's what she is forcibly assigned after recovering from her disastrous mission. A sexy, steely-nerved human agent, Lucius Adaire enjoys nothing more than sparking the fury -- and rousing the desire -- of the fiery female assassin too proud to admit defeat. Locked in an assignment they cannot afford to lose, Lucius and Eden find themselves bound in two high-stakes, heart-pounding games: the sensual web of kill or be killed, and the erotic dance of seduction. Read Less

Frost and Flame (Gods of War)